Don't tickle it.
If you think you want to futz with your bike, even though it's working 100% properly, just don't. Both of my rides this week were shot squarely in the ass b/c I can't leave well enough alone.
Tuesday, I went down to Service Course, and fooled with the F/D on the Ridley. It had been dropping the chain on the inside on downshifts. Well, the TL;DR version of the story is that i didn't make it any better.
I dropped the chain going up Glenn, couldn't shift it back onto the chainring, and watched the group ride away.
And the saddle on the Ridley has felt lower than the CX bike for some time now. Being the fiddly wanker that I am, I raised it 2.5mm RIGHT before the ride yesterday. If you don't think 2.5mm is much, or makes a difference, go raise your saddle that much.
Riding over, it felt odd. I even got off the bike in the parking lot to lower it, but thought, "Nah...it's 2.5mm...what's the big deal?"
Well, call me The Princess from "The Princess and The Pea" if you like, but it KILLED me.
Rolling on the flats, it was fine, but as soon as the road turned up, I was done.
I've been out of alignment for a week+ (thanks trip to Ohio in the wife's POS car), and raising the saddle just exacerbated the issue.
Being higher made me reach a bit with the already short left leg, and THAT stretched the SI joint, causing shooting pain down my leg. I could roll at 30-35kmh, but anything more than that, requiring ANY kind of power, and it just plain hurt.
I rode home, and even before I came in the house, I put the saddle back to it's RETUL recommended height.
This morning, my back hurts, and my hip is sore.
Speaking of, I should probably head back over to Atlanta for a freshening up on the old fit.
I'm going out to the chiro to get straightened out in about 3 hours. Can't come soon enough.

I'd normally do a little Tour talk now, but to be honest, it's been boring. Other than the climb up the Lacets de Montvernier yesterday, and Sagan being in every break, it's all been pretty BLAH.
Alpe d'Huez is tomorrow, and MIGHT be exciting, but I fear it will be more of the same.

I know I've been a critic of carbon CX bikes, and disc brakes, but the 2016 Ridley X-Trail may have changed my mind. 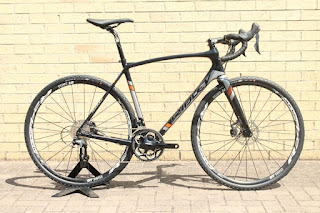 It brings me back to the "One bike for all" thoughts I had not so long ago. One of these with 11v Di2 would be the Swiss Army knife of bicycles. I need to stay strong... 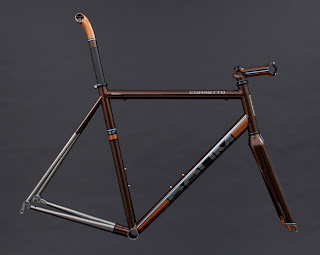 Mmmmm....coffee brown Baum....
And the next time someone bitches about bicycles/cyclists, send them this : 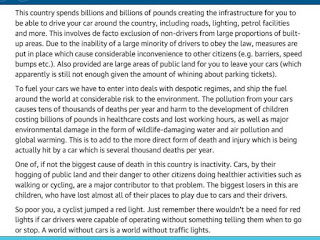 Gotta get JM ready, and run to Whole Foods before getting cracked and straightened.
Peace...