Another day of gray, misty, Pacific Northwest weather. If I wanted to live in Oregon, I'd move to Oregon.
And by the looks of the forecast, it's not going to end anytime soon... 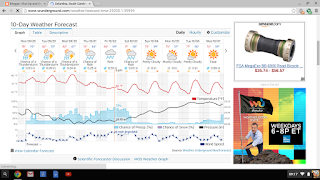 There will be some damp mornings on the bike this week. Night rides are supposed to start, but I wouldn't hold my breath. Probably best to just push it off until next week. I need to get out to the Powerstation and remove some limbs and debris anyway....

Worlds are over, and while I really don't care that I didn't go to Richmond, the racing was damn good. Every race!

Don't know who the bozos are doing the commentary. Probably someone doing a live podcast...

Too bad the UCI cannot deem the Junior Women's race worthy of upload. Chloe Dygart made a Sagan-esque attack for the win. It was fairly brilliant.

All were great races with worthy winners.

And Sagan gets respect for everyone. I'm just wondering what all of the fauxperts who cried out after "The Squeeze" are saying this morning? Probably professing their love for him. Wankers... 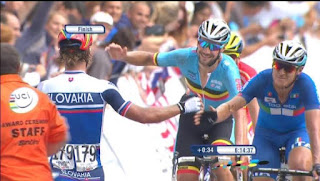 And did anyone notice that Peto wasn't riding a Venge? 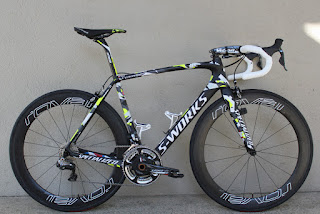 He was on his OLD camo Tarmac. Wondering how SpecialEd will spin this one? He probably didn't want to be on a bike that rides like a dumptruck for six hours.

Me? I rode both days over the weekend.
Yeah, it was wet. Yeah, I got dirty. Beats the shit out of sitting on the couch, or Dog forbid, riding the trainer.
Made the mistake of riding down past the USC tailgate Saturday morning. I'm patently shocked that there aren't dozens of accidents before games. People just driving like they're the only special snowflakes in the World. Once through the madness, it was quite pleasant. Roads were pretty empty.
The PowerStation was ok...just a little heavy. There's one pretty big limb down, blocking the entire trail. I couldn't do anything with it. I'll get out there at some point this week and get it with the saw.
Same ride Sunday, just a bit more rain and wind.
It why having a CX bike in the quiver is always a good thing.

Happy Monday. I'll be right here, waiting for the pest control guy. The Boss made the appointment for 10:30am, because...you know...I have NOTHING else to do with my morning.