The "Becky Labor Day Ride" was yesterday, sans Becky. She moved, but the ride lives on.
A gaggle of us met early to ride to the ride. Special thanks to Curran for catching us, and making our normal easy roll out into an early morning tempo effort.
About 50 folks rolled out of the parking lot @ 8:15. The group all stayed together until The Swamp. After the first, short stop, things got fun...if your idea of fun is riding above threshold for 30-ish minutes.
A front group formed, and we sort of let them go, with the knowledge that many of them would be back shortly.
And they were...eyes bigger than their engines, and all that...
We caught all but three of them during what could be called 'spirited riding'. Nothing says a good time like steady 45kmh pace on beat-to-shit chipseal roads, and whippy crosswinds. It was as close to Belgian as it gets around here, less the pissy rain and cowshit on the tarmac.
The group gathered up at the second stop, and rolled together between 35-40kmh all the way back the park.
Bottles were filled, and the 'ride to the ride' bunch turned for home. We sort of went the long way...sorry...probably my fault.
No matter. Just a few more kms in the saddle. I ended up with 115km. Felt pretty good considering I've been sick for the better part of two weeks.
And the ride was fun. The whole ride...not just parts.
I'm just wondering how the body will respond later this afternoon, when it's time to get on the bike again.

Last week was a pretty solid week of riding...even with the head cold. 300kms w/o trying real hard, and having a lot of fun. You know, what riding a bike is supposed to be?  I'll take that. 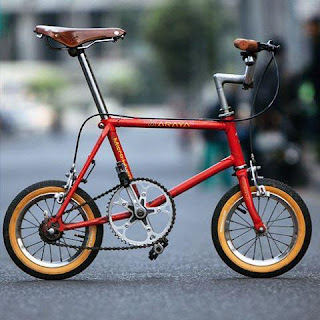 Why do I have a strong want for this bike? It's a little unnatural...

Days are getting shorter too. Guess I should dig out the lights...