Rock Racing...again...REALLY? They need to market this shit in Jersey...

USA Cycling figures out yet another way to split races, pit promoters against one another, and try to make themselves more cash...all in one fell swoop...

Hey Team Sky...If 'ifs and buts were candies and nuts, it would be Christmas every day'!!!

Boonen says he's back on track...cites his 19 year old girlfriend and a baggy of Bolivian marching powder as motivating factors... 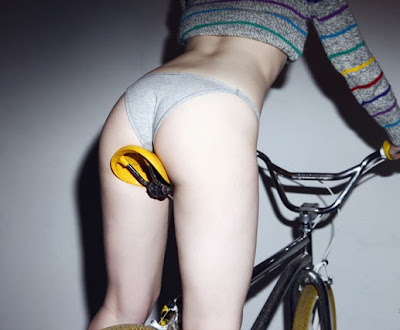 
Today was a double day for the kid.

Ride one was a CX ride thru the dirt loop in WeCola. I hadn't planned on riding hard this morning, but the feelings were good when I hit 12th St., so I just sort of rolled it up until it started to hurt...and left it there. The 45 minutes at tempo passed pretty quickly. The dirt is pretty rough right now, but the rain has made it a fast track. The fact I was on a properly built steel bike with good parts, and Clement file tread meats didn't hurt either. 1:45 ride time

Ride two was the group ride in WeCola. I rolled out with them, then turned off where Old Wire crosses 176 and rode home @ SST. Good feeling in the legs, but they weren't happy with the second trip of the day up Gervais. 2:00 ride time

And an opinion- The WeCola ride is big fun, for several reasons. The first, and best reason, is that it's a positive vibe. There are Cat 2 dudes and fat 50 year old women, but it doesn't matter. Everyone is there to have fun and get a good ride. The groups shake out and splits happen...all very naturally. No one is out there to whip out their junk, or to brag about power numbers. Believe me though, if you want to go hard, there are dudes that will push you to your limit. Conversely, if you want to spin around, have a nice ride, and enjoy some nice countryside and nice conversation, that's cool too! There are myriad smiles and laughs, regardless of ability level.
It's kind of what it should be about!
As an aside, there were 50+ on the ride tonight...which speaks volumes for the group and the ride itself.
Posted by MM at 21:12

Agreed about the WC rides. I have another commitment on Thursdays so I try to make them on Tuesdays whenever possible. I tend to always try to push to the limit, so I end up trying to hang on with the lead group, then usually failing and riding in casually.

I think that's why the ride(s) are so big. Many like-minded people, regardless of fitness level, show and go...nothing more, nothing less. Too many people in this town have lost sight of the fact that riding a bike...any bike...is supposed to be fun. This ride is fun!