As I will attempt to do for most of the Fall/Winter, I split my rides this week. One day. One night.
Yeah, riding in the morning is easier. Get up, get Junior Management off to school, hit the bike. Easy Peasy. No sitting around all day. No letting the day spiral out of control so it fucks up a night ride.

Tuesday morning, I hit the CX+ loop. 2 hours. No fuss. The PowerStation is in good nick right now. There are some soft spots, but if you're gonna ride off-road, you gotta learn to ride the stuff. Watching videos of it on YouTube doesn't cut it.
Oh yeah, I did come close to getting killed though.
Some dumbass in an old pickup decided he wanted to turn into a street as I was crossing the intersection. Fortunately, my handling skills are far above average.
I broke hard right, bunny-hopped the curb, and rode across someone's yard.
The dude stopped and gave me the old "SMIDSY". To which I responded with a torrent of expletives, and a threat to drag him from his means of conveyance, and beat him into a puddle.
It was the closest call I've had in years. Had I been looking down, just for a moment, to get my bottle, or basically ANYTHING else, I would have gotten creamed.
Stay Frosty my friends. The cagers aren't looking for us.
I sat around all day yesterday, waiting for the night ride...watching it spiral away from me at a couple of points.
I love having irresponsible family. It's brilliant. Grown-ass people with ZERO back up plans...for anything.
The Boss said she'd take care of the issues, so I was out. If she wants to deal with FIVE children, two of which aren't ours, and don't know what the word "NO" means, have at it.
I rolled out with KL. We missed CC. Sorry man...we were yapping away, and neglected to stop at the pre-determined meeting spot.
7 of us rolled out to the dirt. Gotta say, the days are getting SHORT. It was dark by the time we got to the end of The PowerStation. Coming back, I chose to tempt fate, and suggested the Clement Cut-Through.
You know, the one that ate my D/A R/D last week.
It's getting a bit ridden in at this point. A little work this Winter and it'll be a nice little trail to ride.
We rolled home with no issues.
A fun 2:15 on the bike was had by all.
Rumor has it that TayTay will have his Colnago CX bike done tomorrow. Watching him go full Bambi on it next week will be fun. 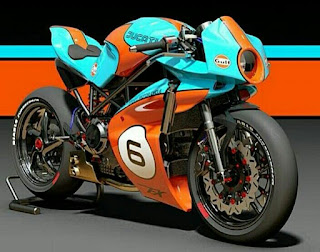 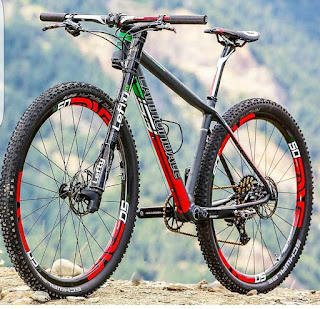 I'm no MTB guy, but I do appreciate the "Simple is Better" MoS. The C'dale above is some high-tech, pro-level shit, but it's SIMPLE. No special gee-gaw shit, just for the sake of it. 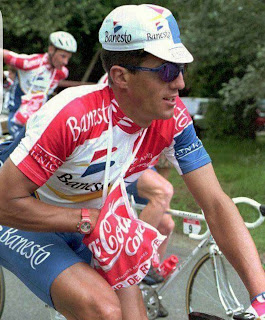 Big CX races this weekend in Europe....
Stayed tuned next week.
Soccer in the morning, then I promised to take JM to the Fair. Yes...I am a dummy...