So, as has been documented on this inane little site, I had knee surgery. Blah, blah, blah...
The knee is getting back to normal. Still won't run, do any hard lateral movements, nor kick a soccer ball. All by choice.
Riding though, is no problem. No pain. The veal-like right leg seems to be coming around, and shockingly, the majority of the fat that found me during my injury and convalescence is falling off.
The issue?
I've been out doing rides alone. Just me. Juan Solo. And not much over two hours. Granted, most have been on the CX bike, and most have been at tempo, or above.
Last weekend was a little different.
Saturday, we met @ 0800. Early. Getting up before 6am on a weekend day should be left for those getting paid to do it, but I digress.
We met at the spot, and rolled out into LR. It was still wet from the deluge of the previous night. Meh...not made of sugar.
Funny part? The Tour de Cure was going on out there Saturday morning. We were seemingly ahead of the ride, so every time we passed an organized rest stop, the volunteers cheered.
Slightly embarrassed parade waves were returned.
And here's EXACTLY why riding in LR is so great...
Mike flatted on his brand new Boras. Pinched and destroyed the first tube. Second tube was faulty out of the plastic. Tube number three worked. The great part, you ask?
As we stood in the mouth of a driveway, the homeowner came out. Not to yell, or harass, but pushing a 40 gallon compressor, with what appeared to be an 80 c.i. Harley motor on top. I am not embellishing.
This guy didn't have to get of his couch, yet he threw on shoes, and schlepped his compressor out to the road to help us. We didn't need it, but the effort was MUCH appreciated.
AND he threw away our old tubes!!! Nice folks out there.
The remainder of the ride was drama-free, and it always happens, by the time we rolled in the door, the sky was blue, and the sun was out.
3:30 and 100km.
I figured I'd be wrecked on Sunday, but after two climbs in the first hour, things came around. We did a back door Swansea loop. The people aren't as nice out that way, but the terrain and scenery make up for it. 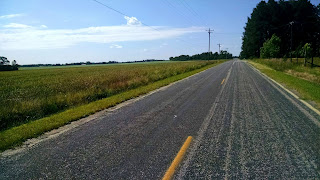 Across the country, we hit a couple of roads that go untraveled unless committed to a LONG ride. 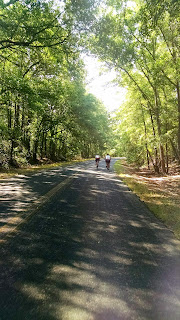 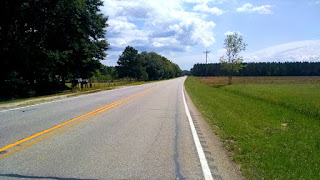 As you can clearly see, it was terrible.
A quick stop, then a loop across the ridgeline, in a vain effort to stay out of the wind. A decision was also made to venture out that way on the fat tired bikes, and explore the myriad dirt roads. All are welcome. Can't promise anything other than a good time.
Once in Sandy Run, we turned into the dead headwind for the WHOLE ride home. It was not what one would consider "fun".
Gotta say though. It was a bluebird day. 70-ish degrees. Blue sky. Good little ride group.
3:45 and 111k.
211k in two days. That's been my weekly total for the past 8 weeks or so. Sweet.
Legs? Tired, but good. Knees? Fine. Back? OK. Taint? REALLY not happy with me.
This is why I keep Boudreux's Butt Paste in the house.

The Tour of Cali ended yesterday. How about this for a picture of the final sprint? 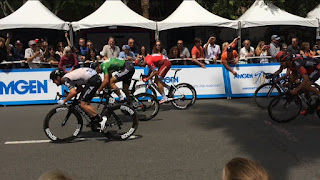 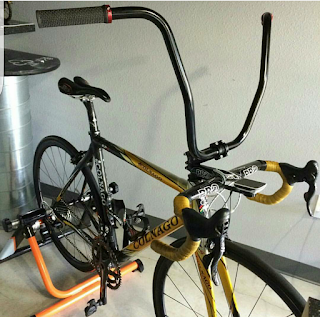 When comfort rules, but you gotta be aero sometimes... 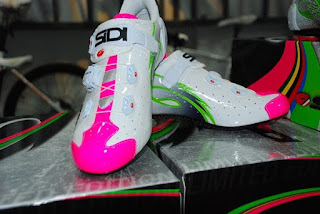 Hey Mike...quit fooling around with those Giro shoes!! 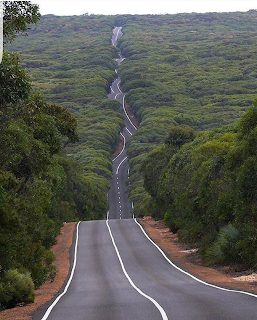 When do we leave?
And as it is Monday, I leave you with this affirmation from Pooh and Piglet... 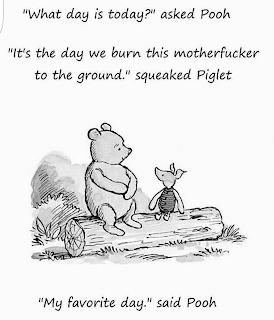 As I have received a bit a stick for only posting one day a week, I'll do better with sharing even more silliness...whether you like it or not...
Posted by MM at 09:13